Welcome, Sheffield visitors and ever-loving locals. The sun is out and we’re all looking for something to do. If you’re not sure what’s going on around here, we’ve got a whole heap suggestions — one for almost every day of the month, in fact. Some are big, some a small; some are guaranteed to be a riot, and for some you’ll have to find out for yourself!

This month is great for live music. The Sheffield Makes Music festival takes place early in the month; later on is the Rotary Club’s Music In The Gardens; and sprinkled throughout are plenty of pub concerts and cover bands.

Don’t let the music drown out the internationally significant Doc Fest, the debut of the Chatsworth Flower Show, or the many big and small theater productions and comedy shows across the city. There are a few events this month even I found surprising!

We picked these events with consideration of which are easy to get to from the city center, though a few big and interesting looking events that will be worth travelling for made the list as well. Remember, the Sheffield Arena and Centertainment are both on the tram route, so are only a quick ride away. (A tip for visitors: Sheffield Arena is still sometimes casually referred to as the Motorpoint Arena — it’s the same place!)

However you decide to spend your June: have a fantastic time.

“Hope you have the time of your life.” Green Haze takes to the stage to channel our favourite punk basket-cases. Here’s a promo video showcasing their act:

Superheroes, timelords, and Skywalkers in the flesh, along with geeky stalls, entertainment, games and more. Here’s a video of the event last year:

Live on Mars recaptures the Bowie magic, giving his audiences a new opportunity to experience “Starman”, ‘Ziggy Stardust’, ‘Space Oddity’, ‘Let’s Dance’, and many others, live. Here’s a sample:

You don’t need a prickly excuse to visit Sheffield Botanical Gardens — it’s a beauty regardless, and June weather will only make it more so. If you do happen to pop in on the 4th or 5th, you’ll also have the chance to see and buy some lovely cacti. 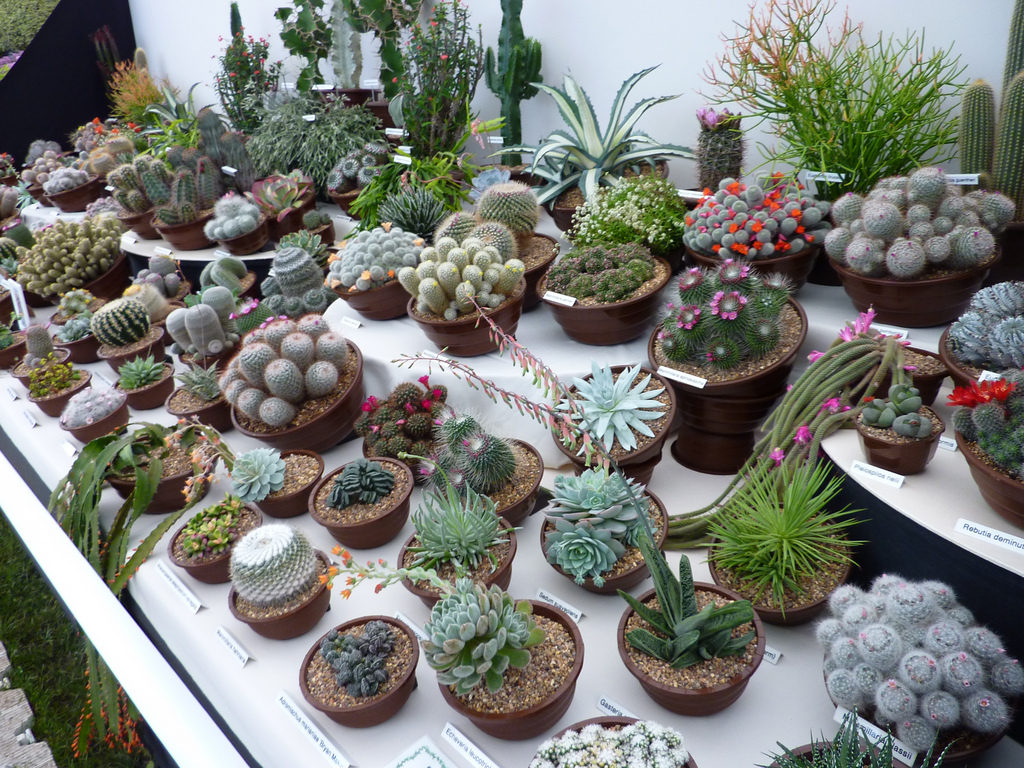 The Lyceum and Crucible theaters make up the largest UK theater complex outside of London. Definitely worth a visit. The Dirty Dancing stage show, that retells the story of the classic romantic dancing movie with some additional scenes, makes its way here this month. Here’s a sweltering promo video:

The promo video promises: “a playground for designers, gardeners, growers, dreamers, writers, thinkers, scientists, visionaries, horticulturalists, artists, communities.” 2017 is the debut of this event, but we are hoping for something with the class and of RHS’s Chelsea Flower Show, a little closer to home.

You’ll have to travel out of the city to get to Chatsworth House, but even without a flower show it’s worth the trip. Chatsworth is regularly voted the UK’s favourite country house. Here’s a video:

Whelp, we couldn’t find anything in particular for this day. But if you know of something going on, let us know in the comments.

Here’s a big one — Doc Fest is the third largest film festival that focuses on documentary films in the world (and the largest in the UK). There are several venues across the city, and you are bound to find something that you find fascinating. The official Doc Fest trailer:

It seems this weekend is an embarrassment of riches. All while Doc Fest is getting it’s film on, BBC Sheffield will be fighting for your attention with free music events at major locations across Sheffield city center, including the Winter Garden, the town hall, and the Moor Markets. See what you can be getting yourself into with a look at this video from last year’s event:

As a part of Doc Fest, Millennium Gallery (which connects to the Winter Garden) will be showing off cutting edge virtual reality documentaries in one of their exhibition halls. Entry is free. 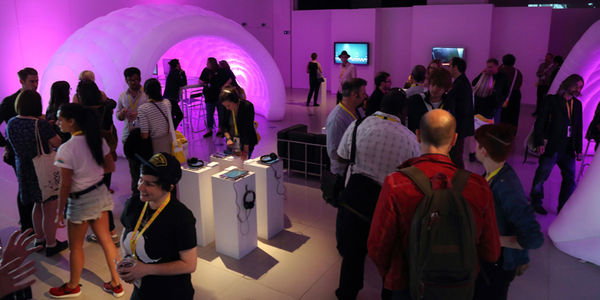 City centre record store and live music venue Record Junkee are hosting humorous indie rock band, The Burning Hell, and others, from 7:30pm. If you haven’t heard them before, enjoy:

Down in the Moor, there’s a city center theater tucked away that is separate (both in proximity and in content) from Sheffield’s better known theater corner establishments. Here, street performer Nick Cassenbaum, for one night only, tells a humorous and musical personal story about bathhouses. Here’s the trailer:

The Roman Catholic St. Marie’s isn’t the same as “Sheffield Cathedral” (also worth a visit), but that’s not to say it isn’t a stunner. These tours, which are held every Wednesday, do require booking, but are free. 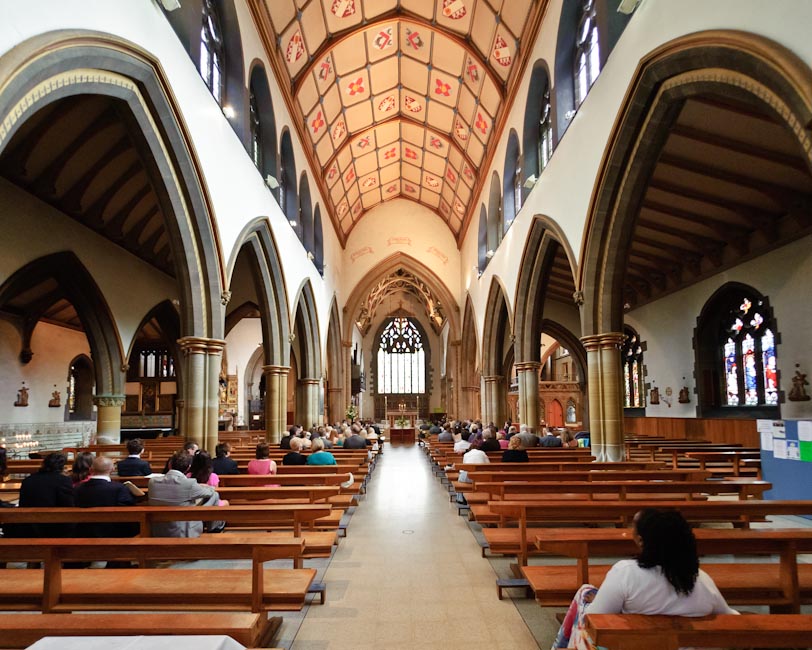 No events this day? If you know of something, shoot us a message.

Enjoy ‘Wonderwall’, ‘Song 2’ and ‘Common People’ live once again with tribute bands Oaseis, Blur2, and Plup’d. Get a taste with the video below:

A day of marching, bands, and Derek Herbert playing the role of both Winston Churchill and George Formby. Veteran’s will be marching through the town centre before the celebrations take place in the Peace Gardens. Here’s a video from last year’s Armed Forces day:

Oh no, we’re drawing a blank for this date. Get in contact with your suggestions.

Nothing here yet either. Don’t worry, it’s the calm before the storm.

Oh no, we’re drawing a blank for this date. Get in contact with your suggestions.

Okay, so this isn’t just a Sheffield event, but we have do some great cinemas here and I thought this would be a good excuse to mention them. On the Supertram route you’ve got Centertainment, a food and entertainment complex that is home to the Cineworld with the most screens in the UK. Back in City Centre, you’ve got the much loved independent Cinema, Showroom, which shows a mix of blockbusters and indie films. You’ll also find premium cinemas, with Curzon Sheffield just off Arundal Gate and the newly opened The Light, on The Moor.

I don’t know if this Transformers film will be any good, but I know you’ll be missing out if you don’t take advantage of Sheffield’s excellent cinemas for one film or another. Here’s the trailer for what will be probably be the biggest film of the month:

Jimmy Carr has made a stand-up greatest hits album, a collection of what he consider’s his best jokes to be, and he’ll be bringing them to Sheffield City Hall. For a peek at his comedy, here’s a vid:

More comedy, this time with Micky Flanagan’s latest routine, An’ Another Fing. An example of his comedy style:

With $25,000 on the line, these are going to be some intense games of COD. Spectators can by tickets to immerse themselves in a day of competitive e-sports. Here’s an example of a similar Call of Duty competitive event that went down in London last year:

If videogames aren’t you’re thing, I thought it made a nice contrast that there’s a running event on the other side of the City Centre happening on the same day:

This is the week that the critically acclaimed musical arrives in The Lyceum. Learn more about Dreamboats and Petticoats in this video:

Back at the Millenium Gallery we have an exhibition of fine art, crafts, and probably plenty of weird stuff, one of which will have just been awarded £3k in prize money. Which one will it be, I wonder? This show was inspired by Victorian art critic John Ruskin. 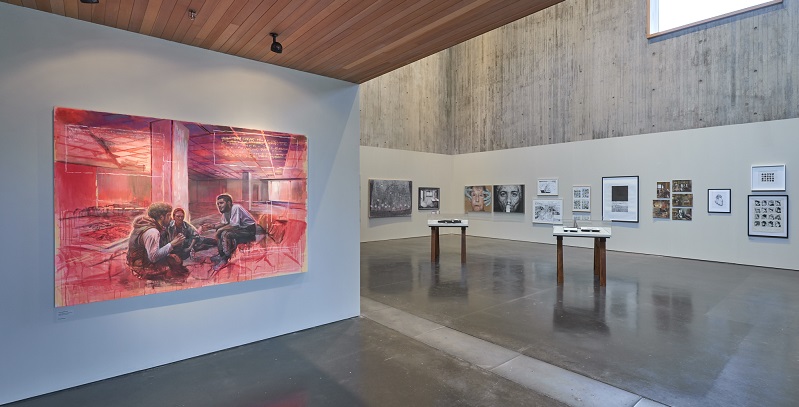 At Queen’s Social Club, four short plays, written by American film director and writer Neil LaBute, will be shown starting at 7pm. The descriptions are enticing, such as for the story A Guy Walks Into A Bar, which reads: “A girl makes a shocking offer to a guy in a bar….”. I’m dying to find out what that’s about.

Music In The Gardens, The Zombies at Botanical Gardens
(sivtickets.com)

I’m not sure what I expected when I noticed an event for “Zombies in the Gardens”, but it was reffering to reformed British pop band ‘The Zombies’ who will be playing at the Sheffield Botanical Gardens as part of their Music in the Gardens event. The following night ‘The Beatles’ cover band ‘The Bootleg Beatles’ will be playing. Video from last year can be seen here:

Music In The Gardens, The Bootleg Beatles at Botanical Gardens
(sivtickets.com)

The Rotary club organized music event continues at the Botanical Gardens. June comes to a close with a performance by ‘The Beatles’ cover band, ‘The Bootleg Beatles’. Enjoy this clip from a previous show. And, most of all, enjoy Sheffield this month!

Differences between hotels and serviced apartments

Wondering what to buy as a souvenir from your visit to Sheffield?

10 Famous People You Could Spot in Sheffield